Lesson 1: The Key Elements of Story

In this lesson we will learn just what the elements are that make up a well-rounded screenplay – elements which, in turn, make a good film.

A look at the essential concepts to consider before researching your work, a crucial look at the types of sources writers will interact with, and an exploration of how to integrate research into your film – considering the concepts of research storage, balance, and poetic license.

Lesson 3: The Three-Act Structure (I)

A crucial examination of film’s most popular narrative structure, getting into the specifics of how the three acts function, how to plot narrative within this framework, and a demystifying discussion of the importance of narrative causality.

An important exploration of a structuring alternative to the Three-Act structure, increasing the potential for originality and innovation.

A look at the core concepts to consider when constructing characters – with particular focus on the public/private disparity as well as the need for character motivation. We also look at more key character archetypes and learn handy writing tips for writing characters for a modern audience.

A look at the core concepts to consider when constructing characters – with particular focus on the public/private disparity as well as the need for character motivation. We also look at more key character archetypes and learn handy writing tips for writing characters for a modern audience.

An important look at what distinguishes dialogue from real-life speech, a deep dive into how levels of human intimacy guides dialogue, as well as a more technical look at how to make decisions regarding the use of slang/regionalisms/jargon in fiction.

Within this lesson we will use a case study film, Ex Machina (2014), to examine just how the Three-Act structure works in action – examining just how its plot points and guidelines can be seamlessly integrated into a film.

A step-by-step guide through the form and function of the different kinds of free-writing out there, as well as an exploration of how journaling can be employed as a useful long-term writing tool.

This lesson will cover the storied history of this genre as well as unpack its role with modern cinema – both in terms of its critical necessity and cultural appeal.

Within this lesson, we will seek to unpack just why the romantic film has found such a home within the modern world – with particular focus on ‘love culture’ and the ethical responsibility of representation within this genre.

We look at how the approach to writing gender has to be re-examined, specifically in terms of the ways in which we as writers don’t even realise we’ve been socialised to do so. We also take a close look at some pertinent examples from both film classics and modern film classics to demonstrate how the issues we seek to work against present themselves – sometimes blatantly, sometimes with devious subtlety.

An exploration of the differences, core functions and importance of these crucial concepts as used within the art of writing for film. We also explore the restrictions incurred when employing these devices within a primarily visual format.

We explore just what the modern filmgoing audience looks like, what their desires are and how we as writers can both play to what they want but still nudge them toward what they need.

A look at just how we have taken that ‘past-informs-the-present approach’ to the next level, how the Western world has sparked the germination and proliferation of the distinctive postmodern genres of parody and pastiche. Genres not only inform their content with previous works but function as a commentary upon the works of their established contexts.

We define and explore the concept of foreshadowing, split it into its component parts, and look to some examples from film to make the case of its importance.

What you will get

Lifetime access to the courses you purchase
As a Learnt member you have access to courseware you have purchased which is stored in your personal platform for a lifetime of learning.

Industry leading courses
You can start learning straight away, designed with the learner in mind. Customers gain access immediately to the courseware they have purchased simply via a link emailed to them.

Dedicated support while you learn
Simply contact us via live chat, phone or email to speak to a Learnt expert.

What our learners have to say

“In my role as a salesperson at Rebel Sport Miranda, I have found the information, skills and training on the Learnt Platform has increased my knowledge of the Retail industry and has made my role much more rewarding.
Sara Johnstone

Speak to one of our Learnt experts!

How do I get started?

You can start right away! Once you have completed the sign-up process and completed your checkout successfully, you can start learning on the spot. You will receive a confirmation email and a receipt for your purchase. This email will contain your course login details, and instructions on how to access and log in to your course. Don’t forget to check your junk/spam folder if you do not receive this email.

Are there any requirements to undertake a course with Learnt?

A willing attitude and a computer/tablet/phone are all you need to get started! You do not need any pre-requisites to complete any of our online courses. However, if you have any further questions, feel free to contact us at hello@learnt.global

What computer skills do I need for this course?

Our online training doesn’t require you to be a tech genius, however basic computer skills are required to complete our courses. Fundamental computer skills such as typing, understanding how to navigate a computer and basic Microsoft office are ideal for getting the most out of your learning.

What support do I receive when learning with Learnt?

When undertaking courses with Learnt, you have access to support via our Learnt experts. Simply use our contact us form on the website, call us or request a call back and our team will be in touch! 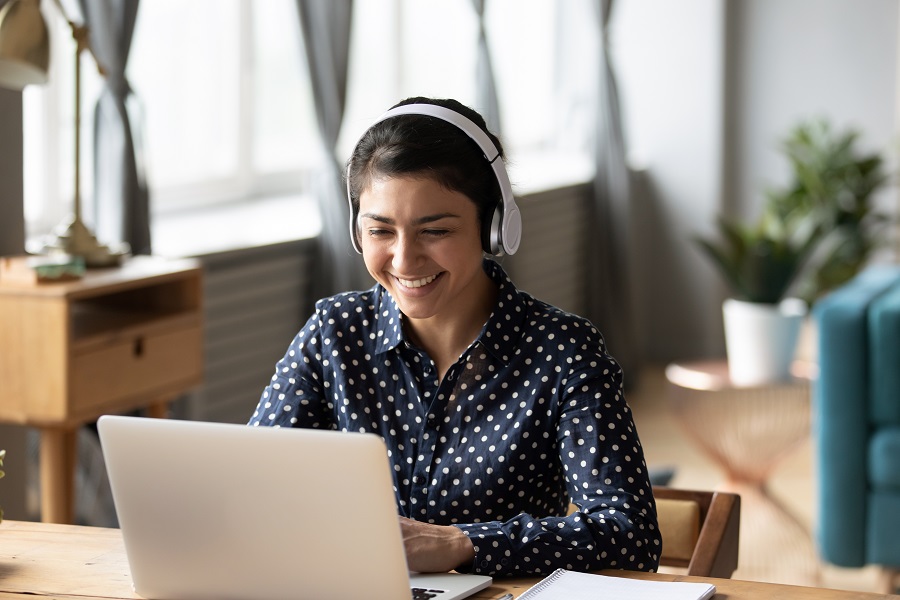 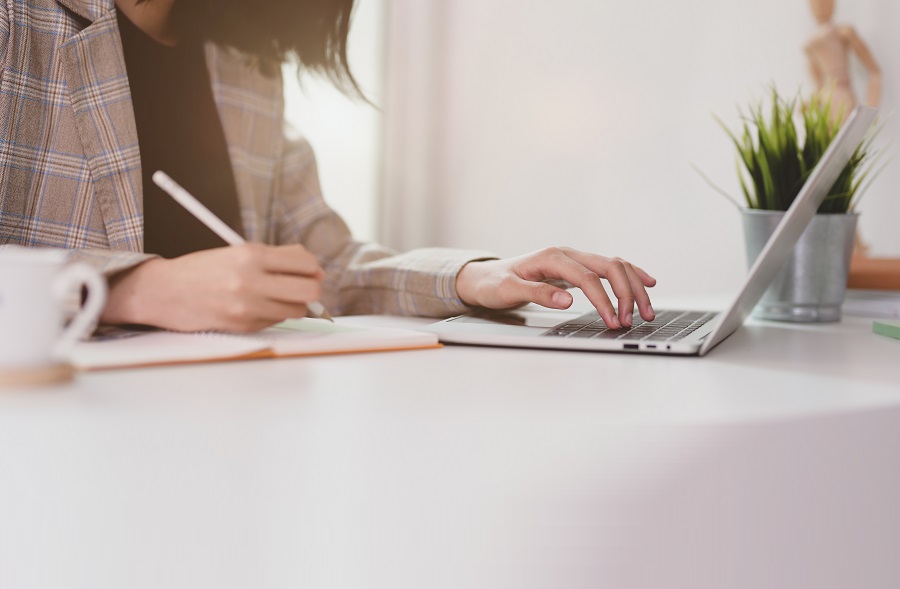 Make your business better everyday with LEARNT and Qantas Business Rewards. Earn 30 Qantas Points per $1 spent when you purchase any new annual Business in a Box subscription by 31 July. T&C’s apply.

Our Hospitality Business in a Box subscriptions give you training straight away, meaning your team can upskill while you focus on other important areas of your business. PLUS for a limited time only, purchase any new annual subscription and earn 30 Qantas Points per $1 spent. T&C’s apply.

Did you know when you sign up to LEARNT you get exclusive access to our taster courses? Sign up now to start your learning on the spot! Click the link in bio to sign up and don't forget to enter our Valentines Day competition.
.
.
.
.
.
#learnandearn #onlinelearning #creativelearning #educationispower #education #learning #elearning #distancelearning #onlinecourses

| LEADERSHIP IN A BOX | Refresh and challenge yourself as a leader with the help of renown executive coach, Peter Hislop. Presented by Executive Masterclass, Peter coaches you through the essential learnings to develop your leadership skills as he has done for many years with politicians, CEO's and other high end clients. Click the link in our bio to start learning today!

Schools out for good! 🎉 So what now? With LEARNT you can still have fun with your friends but also get a head start on your career. Flexible Travel & Tourism, Pet Care & Veterinary and Fitness courses are ready for you to learn on your time today!
.
.
.
.
.

Christmas is in 40 days. Is your small business ready?

Ensure your team thrive, and not just survive during the Christmas mayhem. Let LEARNT train your team with our industry specific course subscriptions!

Available now via the link in our bio.

Did you know you can know learn how to make a Kokedama in the comfort of your own home with @learnt.global ?

With our step by step video course, you’ll be an expert in no time!

Click the link in our bio to find out more 🌱

Love organisation? Always the go to party planner among your friends? Maybe a career in Events could be your true calling!

Check out our range of Hospitality courses and you could be planning your next career move sooner than you think!

Considering a career shift as the world opens up? Whether you want to work on the ground as a travel agent or in the air as a flight attendant, kick start your career with LEARNT.

Whether you're passionate about a career with kids, or a parent simply wanting to learn more – our range of courses are ideal for anyone on the go. Nurturing Creativity in Children, Healthy Eating for Kids and Advanced Childcare online courses are all conveniently available for you to start now!

Dreaming of Fashion Design? Maybe you want to start your own fashion label or join a powerhouse brand? Make your dreams a reality with LEARNT's Fashion Design course!

Your item is successfully added to the cart

It isn’t possible to purchase a Business in a Box subscription and an individual course at the same time.
Please remove one of your selections from your cart or get in touch for further assistance.